Skip to content
The day that Charlie Laughed and Cried!

It’s now a long time since the initial lockdown in March and many of us are suffering the psychological health issue of having no one to talk to, no loved ones to hold – and perhaps, no support turn to. It is something that has affected all of us mentally, so, today we thought that it may be helpful for us to write a story about something that we found that may help our mental health. In this, we have to say that we are no experts in this field and the first port of call for advice has to be your own doctor, but the story is interesting, as is what we found.

In December last year, I met my good friend (let’s call him Charlie) that I had not seen for a while. I played rugby with Charlie many years ago and we have remained friends ever since. We agreed to go for coffee and cake at a lovely café that we both knew, and once settled we set about catching up on events. In the course of the conversation, he surprised me by telling me that his wife had sent him to a therapist that she attended for massage therapy. Being a big man, it was a strange thing for Charlie to agree to I thought, but he explained that he thought that his wife could see that not all was well with him, and he was in need of uplift; and indeed, that this little bit of therapy may be the starting point to help him. He agreed to attend the appointment that he thought, physically, may make him a better person. What he didn’t realise at the time, was the huge impact that the visit was about to make on his mental health too.

The therapist, he said, was a lovely lady who started by asking him all sorts of questions. Little by little she eeked out what was causing him grief. Charlie is not small in stature. He is a big rough man that you would not want to tangle with in a dark evening, and so, I was surprised when he went on tell me that the whole session was taken by this in-depth conversation, rather than the massage therapy that had been planned. More surprisingly was the fact that he cried and then he laughed and he cried and laughed again. The visit lasted an hour and more, but at the end, with his heart uplifted and with great hope in all that he had been introduced to, he returned home.

The story continued by Charlie telling me that later that evening, at bed time, he tuned in, as instructed by the therapist, to YouTube and in particular to the lovely lady Louise Hay, who prior to this, he had never heard of. Louise, he said, passed away in 2017 at the age of 90, but she left a huge legacy. In 1984, she published her book ‘You Can Heal Your Life’, a best-seller, eventually reaching 40 million sales. She founded and set up Hay House publishing and a motivational author, she helped all sorts of people in various other respects.

I was flabbergasted by this story, but intrigued about all that Charlie told me and indeed that the proof of the pudding was there in front me – a nice, calm, quiet-talking fellow, completely unlike the ruffian I had been used to, both on and off the playing field. Armed with the website addresses, we said our goodbyes and I headed for home with the words Louise Hay rolling over in my mind.

Logging into YouTube, as an experiment, I put the words Louise Hay Loneliness into the search bar, and up-popped https://www.youtube.com/results?search_query=louise+hay+loneliness+. Then, as an alternative, I entered other words such was hope, freedom, and others, only to find that Louise had something to say about all of them. And so, I started to listen to what was a treasure-trove of podcasts. For a while I listened every night, and some mornings too, to all that she had to say – and as I did, by doing so, I began to calm my mind and myself.

I am convinced that it’s the mind that rules every one of us, and in some, it takes us sadly to the depths of where we really should not be, but by finding Louise, much like Charlie, I found something that may help. I found her to be a kind lady. Her words are thought-provoking and uplifting. She also, in a way gives one the thought that no matter how bad you think things are in your own life, it can always get better. And all of this was thanks to a chance meeting with Charlie, some cake and some coffee. 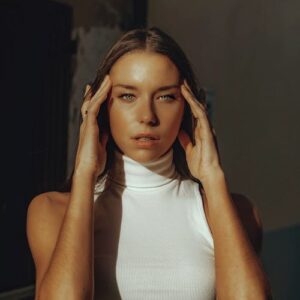 And so, this brings us to the Law of Attraction.

Louise sometimes spoke about somebody called Abraham Hicks, another person that I had never heard of, and who can also can be listened to on YouTube. One evening when I had something in my head, I put the words Abraham Hicks Anxiety into the search bar – up popped https://www.youtube.com/watch?v=W3s1PK7JYts and I started to listen. First of all, I was amazed to find that Abraham isn’t a man, it’s a lady who speaks with the clarity, kindness and common-sense. The basis of what she speaks about is the Law of Attraction and of course not everyone who listens to her will agree that she is right, but for me and for Charlie, there seemed to be at least a grain of truth.

It took me a while to get my head around what it was that she spoke about, but I began to think that what I had unearthed was worthy of further investigation. After all, since the days when I was a lad, I always wondered what was out there in the great wide universe that we know so little about. Her website is https://www.abraham-hicks.com and that is where I purchased – The Law of Attraction and Ask and It is Given. You can listen for free to the books on YouTube, but I found that by doing both, I got the best out of what it is that I had initially struggled to understand.

Abraham has taught me how to calm my mind and be positive. She has taught me how to forget the fact that from time to time, when I get lonely and sad, when I think of the fact that I have not had a cuddle with my grandchildren, met my friends or had a pint in the pub with Charlie for such a long time – that with a positive mindset there is actually something that we can do to help yourself. Sadness, as she says is simply your own creation.

Of course I realise that for some of us, listening to these podcasts may be too big a challenge, or you may come to the conclusion that indeed it’s all a load of rubbish. So from here, I will depart from this story and leave it to you readers, if you wish, to have a listen yourselves, first to Louise and then to Abraham and to make up your own minds about what is right and what is wrong about what they say. At the very least, I hope that you can agree that this article was worth writing. 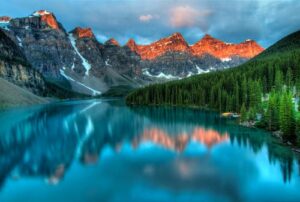 You can find out all about us and read other helpful articles at https://www.skinlikes.co.uk. This newsletter is written by Jim, but best wishes from all of the team at SkinLikes.