Whether it’s panic attacks or you cannot sleep at night, here’s how you can help yourself.

Panic attacks are scary, need to be taken seriously and yet the medical profession doesn’t for certain know what causes them. There are a number of hypothesis, but if you take it for a fact that inside every one of us there is something called the ‘autonomic nervous system’ and that it controls all of our involuntary actions – including how you blink, your heart beats, your digestive system works, you flush when embarrassed, etc; it’s something that the majority of humans don’t have clue about. But without it, we could not exist, and thus, our belief is that it controls our panic attacks too – and indeed how we sleep – or don’t as the case may be

The question from there is how do you control the autonomic nervous system that in turn controls the panic attacks? let us paint a picture and give our hypothesis on how to help yourself: 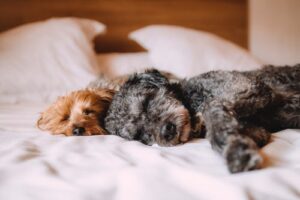 We are a great-believers in the fact that you get back what you give out. After all, in the grand scheme of things, we are but a tiny, grain of sand in the vast universe in which we exist – and which we know so little about. Give out honesty and kindness and it comes back in spades. Give out greed and deceit and the same applies. Eat factory prepared foods all the time and you risk getting ill and fat. Give the body plant food from the colours of the rainbow and you will be well and live long (Mediterranean diet and all that). Japanese people who eat soya and sushi rather than hamburgers and greasy pies have the oldest population in the world, as well as the oldest person alive on Earth today – a lady at 118 years and 127 days. But there is more than diet necessary to help panic attacks. Exercise and body weight and stress come into the equation too. Exercise and body-weight you can deal with yourself, but it’s with stress that causes the panic attacks that we will comment on.

Most people are pretty cool. Nothing bothers them. However, what leads up to and the eventual death of parents, when that sad day comes to us all, can cause stress that at the time you may not appreciate. What you may notice with this is that at night you cannot not get off to sleep. If you are suffering with tinnitus as well (as apparently more and more us do these days), as you lay on the pillow you will hear your own heartbeat. As you listen, it will get faster and louder and you will worry, and then it will get faster still, until eventually it becomes a full-blown panic attack. You may have had several, with the sodding thing that often you cannot put a finger on why they happen. Your doctor may prescribe beta-blockers, but we know that the long-term use may damage the heart, and so instead we looked for something as an alternative calm-me-down.

Going back to what’s on the internet, it was hard to sift through the tripe, but eventually we found Louise Hay (you will find her on YouTube) and from this, we found Abraham Hicks (a lady – again on YouTube) who explained what she considered to be the truth about the Law of Attraction. Being that we believe that we haven’t a clue what’s out there in the vast universe, it all started to make sense to us – and meditation (see Louise and Abraham) became for us a natural daily event, rather than a chore – our stress levels, we are sure lowered dramatically and our risk of panic attacks, under our own control, became nothing.

So, what do we suggest for you?

Today in all of the team at SkinLikes, we are at peace with the world. We are stress free and care less. We get to sleep instantly and sleep for eight (important) hours where it gives our bodies’ autonomic nervous systems the chance to take over control, and as we sleep, it instructs millions of new cells to be created within us; every night of the week replacing the ones that were worn out. We talk to our autonomic nervous systems. We know they exist. It’s part of us and between it and us, we smile and are happy. Politics and football arguments and such things now all matter nothing to us. What does is how we can help our fellow man and in our way of doing, leave this planet a better place than we found it.

However, it may be in all of this that you, dear customer that you will arrive at the conclusion that what we have written is a load of tosh, and if this is so, we apologise for upset. But, complementary medicine (looking after yourself with natural methods) has value and it’s what has changed us, and our lives, very much for the better – and t’s what we have been doing successfully for many years.

Tinnitus by the way, despite the fact that doctors can do nothing for many of us, can be taken very much under your own control; just as can be done with stress and panic attacks – but that’s a story for another day.

Kind regards and best wishes from the team at SkinLikes where we are happy to answer your questions.