Skip to content
Skincare industry dithers, while humans and wildlife in Indonesia suffer.

Indonesia produces 48% of the world’s Palm Oil, but its annual rainy season creates black, acidic rivers that prevent the bacterial growth of vegetation that doesn’t degrade; instead forming peat layers that burn in flammable underground fires; the most persistent on earth and difficult to deal with. 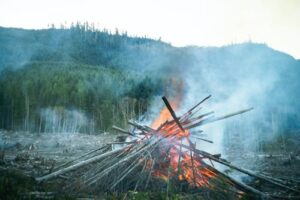 Palm oil is a popular, cheap skincare ingredient, but rainforests and the wildlife it supports have disappeared. Worse is the fact that some 10 million children are at risk of lifelong cognitive damages due to air pollution (Greenpeace), and 900,000 Indonesians suffered with acute respiratory infections from the 2019 fires that released CO2 close to the UK’s total annual greenhouse gas emissions. And all the time, the European skincare industry – a world leader, does nothing. 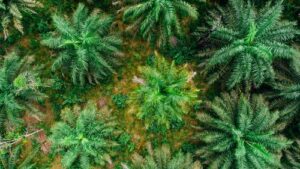 Recognising the urgent need for change, SkinLikes began an innovative journey at the West of Scotland University where we challenged them to help us produce an emollient using nothing but 100% sustainable plant-based ingredients from green fields that harm no-one. Our resultant products are innovative and answer all the calls for sustainability.

Palm oil is in food and cleaning materials too, and as an ingredient, often its hidden away on the label. Writing as we have done to supermarkets doesn’t seem to help at all as nobody listens or the CEO’s gives an answer stating that their palm oil is sustainable – which is far from the truth. Rainforests have been cut down and the land burned prior to the palm oil trees being planted – that’s the truth that we would rather believe.

While all of these culprits are bad, an even worse example that we came across last week on NHK World (Japanese television that’s free to air) is a report highlighting the fact that a company in Japan is building an electricity power generating station while all the time stating -that “it’s better than coal and it’s from oil that’s sustainable.” Well, trying telling that to the Orangutans or the children in hospital struggling to breathe!

What is most abhorrent in what we read is the fact that loggers kill the mother Orangutan and then sell the baby in the illegal pet trade – perhaps in itself a reason why we should be pestering supermarket managers.

SkinLikes in real terms is a small company compared to the cosmetics giants, and there is a limit to what we can do and say, but the customer can vote with their feet – and so all that we ask is that when you shop, read the label and if the biscuits or cleaning materials or even your skincare product contains palm oil, them simply put it back on the shelf. 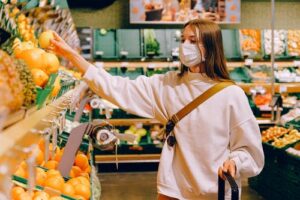 We are sure that if more than a few of us took more and more of the valuable time of the supermarket managers, then it would not be long before they would be feeding this back to their head office.

And if we all do a little, them a little becomes a lot and together we can save the few Orangutans that are left – and make this world a better place for our children and grandchildren.

If you don’t have a computer and would like more information on anything then call 0800 023 6252 and we will be pleased to help.

Kind regards and best wishes from the team at SkinLikes.