Skip to content
Do you suffer with arthritis in your spine and lower back?

Doctors have traditionally recommended prescription drugs to treat arthritis symptoms which may include prescription painkillers, mild narcotics, or injections of corticosteroids around the spinal column. But the jury is out when it comes to effectiveness correcting the underlying problem and offering long-term help. Personally speaking, I will never forget privately attending an orthopaedic surgeon from a local hospital (long since retired now, I would think) at his own clinic. As I lay on his treatment table, I looked in horror at the size of the needle that he was preparing to use to inject my spine. It wasn’t a nice experience and as I walked gingerly from his clinic, having paid his hefty fee, I wondered what on earth I had let myself in for – and what indeed would be the outcome. 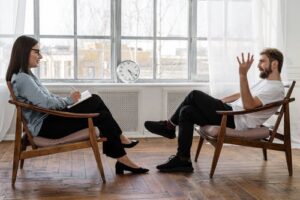 In those days, I was clutching at straws and willing to submit to anything that would alleviate my crippling back-pain and excruciating muscle spasms. Rugby and golf were my sports of choice in those days. I loved both of them but due to over playing I was injuring myself every time that I played, with the eventuality that my spine became more and more arthritic.

Surgery is sometimes performed in an attempt to resolve the problem, and while I didn’t hear any good outcomes, I did hear several horror stories that frightened me. Of course, I accept in this that there are exceptions such as for spinal osteoarthritis, one of the causes of spinal stenosis (narrowing of the spinal canal where bladder and bowel function is impaired) and where the nervous system can be damaged. But submitting to such surgery when there is risk attached, would have to be a last resort for me.

Then one day, I struck it lucky when listening to a broadcaster on BBC Radio 2. Derek Jamieson told his tale about how he suffered with a frozen shoulder that his own GP was unable to help. His only recourse after his programme was to visit the local hostelry and consume several large whiskies. Indeed, this is where he met an Australian fellow called Oswald Renstch who in a few moves of his fingers over the problem area was able to release the muscle spasm and the pain. 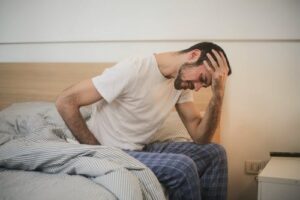 That was back in the early 1990’s and computers for ordinary people like me didn’t exist. Thus, it was that I had to write to the BBC and later to Australia to ask for help. In time, I travelled to Australia to learn the therapy taught by Rentsch that he had learned from a gifted gentleman known as Tom Bowen (aka Bowen Therapy). Studies here in anatomy and physiology followed on my return to the UK and once suitably qualified, my clinic in Cathcart in Glasgow opened in 2000; and from where for near to 20 years thereafter I worked happily fixing back pain and all sorts of musculoskeletal problems, using all that I had been taught.

But to return to arthritis in the spine and lower back:

Some of the exercises associated with osteoarthritis treatment include swimming, walking, and water aerobics that can strengthen the muscles that support the joints in the back. They are in themselves aerobic and as such are good for the heart and circulatory system. They may also help the bodies mobility, but as I found, when you are already in pain, it’s difficult to submit to more pain, in the hope that at some point you may get better.

More often than not, when my back muscles went into spam, rest was the only thing that helped. But bed rest for long periods of time is not recommended. And so, it was that I found myself asking my doctor for various over-the-counter (OTC) products and pain medications used to treat the osteoarthritis in my spine. I tried massage and acupuncture and heat and cold compresses, transcutaneous electrical nerve stimulation (TENS) machines that were first used by the great Vincent O’Brien treating horses at his hugely successful stable in Ireland, but which as I found, had exceedingly limited effect on humans. 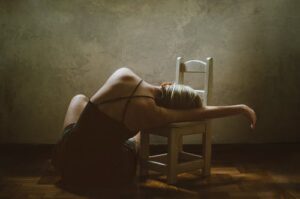 Non-steroidal anti-inflammatory drugs (NSAiD’s) I tried in their handfuls, and which includes aspirin, ibuprofen and diclofenac. Thus, it is no wonder the UK government recently published a report advising that the continued use of such pills is out for consultation and in the spring next year, the result may be that they could be banned. Side effects from regular use of such medications include heart attack, stroke, stomach irritation and bleeding, and less frequently, kidney damage and they certainly won’t reverse the processes that cause arthritis in the spine. Topical ointments and creams are also available to treat pain. They are applied to the skin in the area that hurts. Generally, these are not effective, but there are a few exceptions.

So, what is the solution to the problem?

In all of my years at the clinic, I studied with other eminent scientist and hands-on therapists around the world. Some were good. Some not so. But without exception, every one of them gave me something that improved my skills. One such terrific lady (sadly no longer with us) was Janet Travell who died in 1997 when she was 95 years of age. She is remembered as President John F Kennedy’s personal physician and a researcher of the concept of trigger points as a cause of musculoskeletal pain. In my mind, she was a genius and it is her teachings that I incorporated to best effect at my clinic.

Janet used injections and muscle relaxant vapour-sprays loved by football and rugby physios as a ‘quick fix’ during a match – but as I would think, with little if any effect on the muscle damage. However, Janet’s methods were far more intense and based on real science. She was good at what she did. 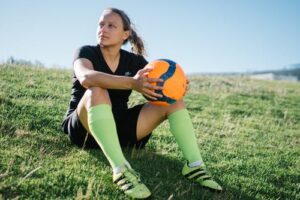 This is a subject that demands far more to be written that I have space here in this newsletter, and these skills should be part of what’s available in the NHS. However, if any reader of this article has a problem that they would like to discuss, then please get in touch and we will be pleased to see what advice we can offer. Last but not least, I don’t agree with everything written on Wikipedia, but what’s there and available to read about Janet is honest and true (as far as I can see) and worth a read. https://en.wikipedia.org/wiki/Janet_G._Travell

You can find out all about us and read other helpful articles at https://www.skinlikes.co.uk. Our newsletter this week, is written by Jim, but best wishes from all of the team at SkinLikes.